My Third UPDATE on My DIY Cat Enclosure….How’s It Looking?

Wow, I have not talked about this topic in a long time….To recap, my cats have their own outside “catio” that I built them to be able to have their cake and eat it too – going outside without having to worry about the poor dears getting hit by a car or something dreadful like that.

Later on I added onto the main structure with some leftover mesh wire and pieces of the lattice board used for the main part.

Only thing about that add-on, though, is, I’ll admit, it’s pretty primitive. That aside, it’s not very secure (which is what counts the most) My oldest cat, Buddy, is a real escape artist. I’ve taken to dubbing him the “Shawshank Kitty” ’cause he is always acting like the catio is some kind of jail and trying to escape.

It worried me a great deal because he set a poor example for his brother and sister. After all, if he could find a way out, it would only be a matter of time before the others would follow suit…right??

In addition, this strange cat I don’t know who he belonged to, was hanging around outside and he pushed the addon piece down and it sagged in the middle, adding greater need for it to be done away with.

I realized more and more that I needed to do something and replace that amateurish side piece. So I broke down and ordered a few sets of interlocking Whitmor cubes

. I may have mentioned these in my earlier post; a lot of it was I regretted not knowing about these sooner…..I would have made the addon part entirely out of these and saved myself a WHOLE lot of unnecessary headaches.

(The wooden main part was not that hard as it was already in place due to earlier work done on it a few years prior…I’d used it as a rabbit cage, but that’s another story –  Sadly, I lost the cute bunny!)

Trouble is I didn’t know how many of these I would need…just be looking at the picture, seeing other people’s photos, and mentally guess-timating, still won’t tell you the whole story. You just have to roll the dice and start with a few and see how it goes. I figured when I finally had them in hand and could play around with them for awhile, I would know for sure.

The trick was to corral up Sputnik by locking the latch on the inside of the cat flap they go in and out of to get into their catio…It had to be done beforehand so Sputnik couldn’t go into the catio while I was working (and subsequently, escape) Not an easy feat because Sputnik is the ultimate “velcro kitty” that wants to go everywhere I go 😊 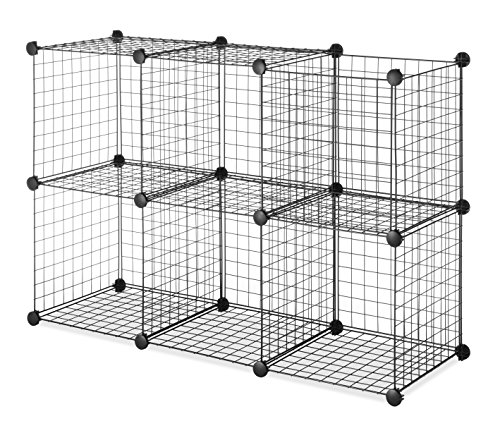 I Got These Stackable Grids to Build the Cat Run

I scouted around locally for some of those Whitmor cubes, but surprisingly, came up short (I don’t live in the boonies, but not even Walmart carried them – wow) Two online places have them, Amazon and Wayfair. A friend told me about Wayfair and said it’s a great place to shop.

The quoted price for a set of 4 was higher on Wayfair (only thing is that as a first time customer I would have been given a 10% off coupon) I ordered 3 sets off Amazon; guess-timating that was about how many I would need to build a runner. I saw that one guy had purchased 10 sets to build a whole kitty enclosure; not just a runner or tunnel area. It looked really good.

Anyway, I really like working outside this time of year. We’ve had some more of that weird Georgia weather again with periodic rain, so that kind of stalled my plans. Anyway, back to the storage cubes….These are actually grids. They are nice and heavy too, so you’re not rolling the dice with some flimsy junk that your cat may be able to pry loose and escape from.

They are all 14″ square. Next included is a bunch of these round disc thingys. These are the connectors you use to fasten the grids together to make them do whatever. At first, oddly enough I had trouble with them and didn’t realize that they have slots on the bottom AND on the sides with which you insert the corners of the grids.

But when I had that face palm moment I finally got the hang of putting them together. It goes smoothly when you’ve got a few panels going at a time….Then when I had the actual box shape well under way, though, every so often a corner would pop out of a connector, or if I tried to push in a corner it would end up disrupting another part of the framework.

Ugh – Any of you guys remember Tinkertoys; they go back to the 70s and 80s and for those of you Millennials they are building tools in which consist of colorful wooden sticks and round discs with holes all up and down to connect the sticks.

I had my fair share of consternation whenever I tried to get elaborate structures…but I digress. If you really want to put together an awesome cat run with minimal stress if you’re like me and have limited carpentry skills, these interlocking grid cubes can’t be beat! They also come in white and colored grids too: 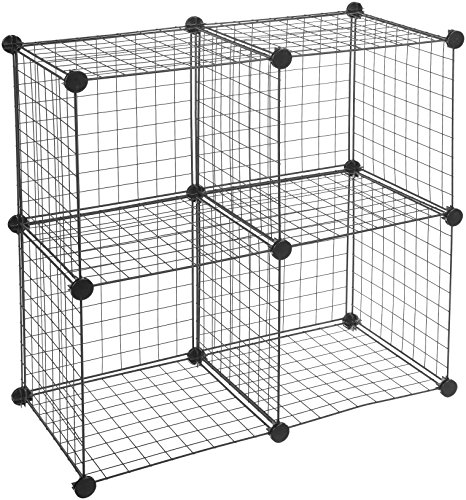 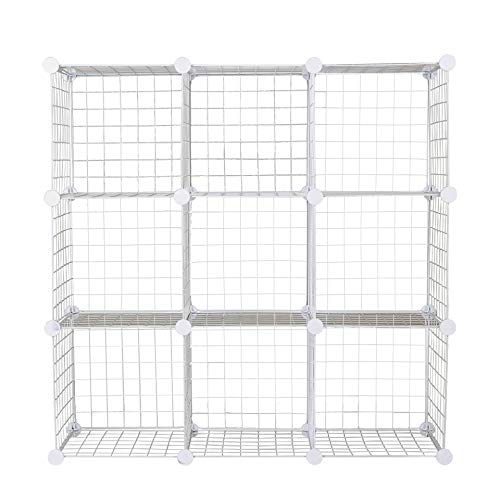 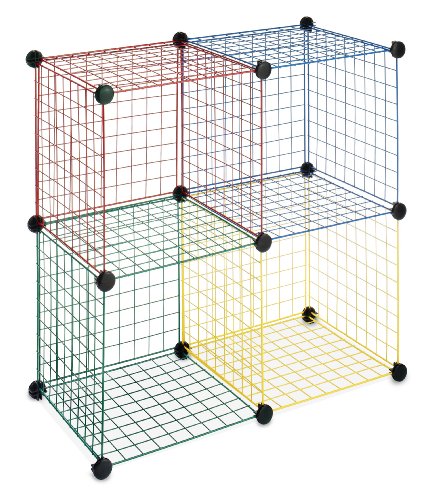 I also managed to hook up a small platform on one corner since cats love perching. I used two grids; one I pushed into the corner and a second one perpendicular to it for stability.

Don’t Forget the Zip Ties…Lots of Them!

I finally came to the conclusion that if a grid corner pops out of the side of the connector, it’s best to just grab some zip ties

and wrap the grid sides together for extra security. A much more productive move than pushing stragglers back in only to have other corners pop out while you’re trying to fix things.

Anyway, long story short…..after I had all the grids assembled (I ended up with four or five left over) I finally had a good runner piece that will hold my little escape artists. They may feel like they’re being detained at the moment, hehehe. Much better looking than that mesh monstrosity that scratches and pokes…of course, the big question is what to do with all of that wire cage stuff I took down!

How To Keep Ants Out Of My Hummingbird Feeder: Simple Sanity Hacks!744 Total Shares